History Of The Atlanta Blockchain Meetup – By Michael Tidwell

In every city that I go, I like to talk to the people at the meetups to see how they got started because that’s always fascinating to me.

So say hello to our audience.

Tai Zen: Let’s start with a little bit about your background. What do you do for a living? What’re your skills?

Michael Tidwell: I have a background in programming and relational database.

The last couple of years, I’ve really been looking at distributed or centralized systems.

Tai Zen: For the audience that is not technical, right, what does that mean? Does it mean you build some of the services or the things that people use or see?

Michael Tidwell: I would say this is the really low-level stuff for services that end-users actually wouldn’t see.

I’m working on more like the pipe and stuff that other people are going to end up using.

Tai Zen: Basically, you’re like the guy that built all the piping and everything inside the house.

Michael Tidwell: I would say like the UI guys, who gets the credit for the cool stuff.

Tai Zen: When did you first hear about Bitcoin or cryptocurrencies or blockchains in general?

Tai Zen: You’re a very early adopter, so you must be like a bitcoin millionaire. We shouldn’t even be sitting here and talking to you, right?

The first time I heard about bitcoin was on NPR, which stands for a National Public Radio. I only heard negative news about it.

I heard about it again in 2012, where it got covered negatively and they talked about how the price of it was dumped by a significant percentage.

It really wasn’t until 2013 when I really started looking at it and thinking this was cool and a little bit of FOMO crept in. After that, I bought some small amount of Bitcoin in 2013.

Tai Zen: For the new investors, FOMO means fear of missing out.

If you’re a serious investor, there’s never fear of missing out. There are always more opportunities. This thing’s going to last for 7, 8 years, so don’t worry about missing out on anything.

When did you buy your first Bitcoin?

Michael Tidwell: I had 1 Bitcoin for like a long time. I figured if this stuff really takes off, we only need one. However, I ended up selling it.

I sold a little bit of a loss, then I didn’t get into it again until I had some time.

I was working for a startup for a lot of hours. I quitted that, then I had more time to look into all the blockchains.

Tai Zen: What was it that holds you back.

Michael Tidwell: I think a lot of people get pulled in because of the price.

Tai Zen: That’s what gets your attention?

Michael Tidwell: Whether you’re in for technical reasons or whatever, everyone gets it. Everyone takes notice of the price. For me, I am the type of person that wonders how Bitcoin price change that much and all that stuff.

Tai Zen: At what point did you decide to organize a Bitcoin and blockchain meetup so that you can bring all the people here? Because Atlanta is the ninth-largest metropolitan area in America.

Did they have Bitcoin meetup already before that?

There was a bitcoin meetup group in Atlanta. They actually just stopped hosting meetups for some reason.

I was like in 2016 where I couldn’t keep up with all the news that was coming out. As a result, I was just going to make a meetup group and hopefully, we could all just come together and learned about blockchain and Altcoin.

Now, you’re saying that you organize it, so everybody can learn about it, but it’s still based on a technical perspective. It’s not from an investment perspective like I and Leon do.

Tai Zen: Let’s just talk about the people that are in the Atlanta metropolitan area. If they’re interested in attending your blockchain Atlanta blockchain meetup, what would you say to them? How to get in touch with you? How do they sign up?

Michael Tidwell: If you google the Atlanta blockchain, you should find it and just feel free to join the register.

Tai Zen: How often do you have these meetups?

Michael Tidwell: We’re currently doing it once a month.

Tai Zen: On what day?

Tai Zen: Is it in the evenings when people get off work?

Tai Zen: What area of town do you do it in?

Michael Tidwell: It’s usually in the north part of Atlanta. We try to keep it in Buckhead or North, but sometimes like last minute was in Ponce City market, which is in midtown.

Tai Zen: For the people that are outside of Atlanta area or the US, is there a way that they can watch you on Youtube while you guys are doing this?

Michael Tidwell: We live stream on otika.tv if we have good wifi. If not, we just put up on Youtube afterward.

Just googling the Atlanta blockchain or type in Mike Twenty one, which is my username.

Michael Tidwell: Yeah, we should.

Tai Zen: What about the people that want to come and speak at your meetup? Can they contact you and feed into Google hangout or Skype or something?

Michael Tidwell: If you’re working on something really interesting, feel free to reach out me or Mike B Casey or any of the other kind of leadership members. We’ll definitely let you go ahead and give a presentation about whatever you’re working on. We’re focused on everything related to blockchain.

Tai Zen: Talk about the other organizers that are helping you out and put this whole meet up together.

Michael Tidwell: Right now the main guy beside me is Mike B Casey. We have a couple of other people that are helping out.

Zen: Do you guys have like a specific venue? What’s the audience size you normally have?

Michael Tidwell: As far as the venue goes, we don’t necessarily have like a reliable venue. We usually have to jump around and find a new venue every week, but that’s probably going to end up changing.

As far as audience size goes, we’ve actually had a pretty high number about 80 to 100+.

Tai Zen: If there’s somebody that’s listening right now who has a restaurant, business or anything like that and he/she wants to host your blockchain meetup, are you open to that?

Michael Tidwell: Yeah, just let me know. We can figure out something.

If you want to be a sponsor and talk about your blockchain company or project or plug whatever company, we’re open to that.

We can help you accept Bitcoin even. We have BitPay right here in Buckhead.

Tai Zen: What kind of people that usually come here? Are they tech people or businesswomen that come in there for tech reasons?

Michael Tidwell: That’s all of the above. That’s a good question.

As far as the demographics, we’re looking probably like 25% women or something like that. It’s not just all guys.

We have a lot of technical people, bankers and all kinds of people coming out to these meetup groups.

No matter what your background is, we always try to cover things at least at a real high level before we kind of drill into anything technical. Therefore, if you’re paying attention, you can actually follow along.

Tai Zen: All right. If you are in the Atlanta metropolitan area, go check in his meetup out.

If you want to learn more about blockchains, bitcoin, cryptocurrencies, is there a registration fee for your meetup?

Michael Tidwell: We never want to have anyone pay any money. The whole idea is to have sponsors pay for the food, drinks, and venue.

I used to pay for stuff, but now that we have sponsors coming in, so I don’t have to pay anything out pocket.

Tai Zen: If you have time and want to learn more about bitcoins, blockchains, cryptocurrencies, come in and check out the Atlanta blockchain meetup. It’s held monthly.

This is Tidwell. His other organizer, Mike Casey, is not here with us today. We’ll catch them at a different time or you can catch them in a previous video.

This will conclude this video unless you have anything else to add up.

Michael Tidwell: Check me out and follow me on my twitter @MikeTwenty1. Casey and I will run the block time podcast where we cover things. It’s probably going to be a different kind of podcast that you’re listening to.

Tai Zen: You send us the links. I’ll put it in the description.

Tai Zen: Thanks for watching this video guys and we’ll look forward to seeing you guys in a future video. This will conclude this broadcast. 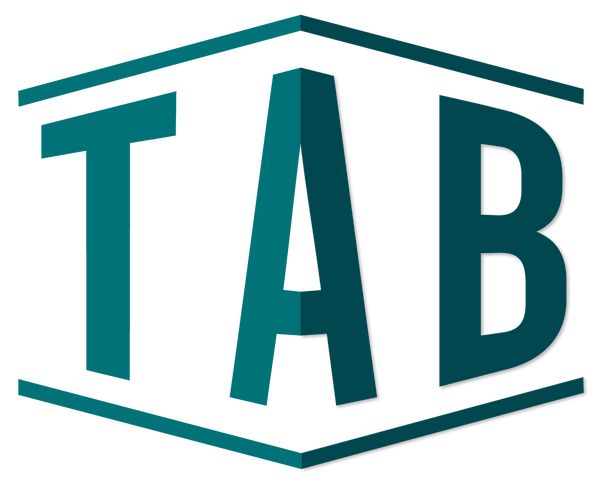 The Atlanta Blockchain (TAB) focuses on educating the community about decentralized crypto technologies. Many new and exciting things are happening in this space, things are c…

Check out this Meetup Group →