I was at the North American Bitcoin Conference in Miami last January. The last speaker was Ryan Taylor from DASH:

His talk corrected a lot of misconceptions I had around DASH.

I followed DASH on and off since it was called DarkCoin.

At the time, all it seemed to be was a fork of Bitcoin, but with a built in decentralized mixer at the protocol level in the form of master nodes.

While DASH still has master nodes that can mix coins, privacy does NOT seem to be the primary focus now. Their rebrand in 2015 reflects this change, but I hadn’t been following the project closely. Nor did I realize how valuable privacy would be until Monero exploded to a 28X return in 2016.

From Ryan Taylor’s talk, it seems their focus now is community building and user friendliness to achieve mass adoption; something Bitcoin has failed to do till now.

But I feel that isn’t what is most valuable about DASH.

DASH has spent much time creating a sustainable GOVERNANCE model that works to build and grow its community. This includes how development is funded and allowing the community to vote on the direction of the project through master nodes.

Since security is only one of the needs of a cryptocurrency project, it doesn’t make sense that miners get all the block rewards. Sustaining and financing development is a big challenge for every open source project.

Cryptocurrencies have the unique advantage of being able to fund their own development by issuing their own money, similar to the way companies can issue shares to fund themselves.

Governance, has been a major issue in cryptocurrency projects since Bitcoin started.

It started with Satoshi Nakomoto being an autocratic leader.

When Satoshi stepped down, he passed responsibility to Gavin Andresen.

However, he did not want absolute responsibility and turned over this role to a group of developers known today as “Bitcoin Core”.

Bitcoin’s governance process has been a mess with far too much drama and indecisiveness over both development priorities, roadmap, and implementation.

Until recently, there was also no funding mechanism, beyond developers who had the foresight to purchase a lot of Bitcoins. It could be argued that Bitcoin Core developers and miners have too much influence. With much of the mining power located in China, it could also be said China has far too much influence.

And with most of the Core developers being employed by a company called,  Blockstream, it could be argued that Bitcoin is now controlled by Blockstream investors, rather than the Bitcoin community itself.

Ethereum has also had its governance issues with Vitalik Buterin and the Ethereum Foundation leading the project.

They’ve had their own governance crisis with the DAO Hub fiasco, the decision to hard fork, and the resulting Ethereum Classic movement that was created by their governance failures.

“Governance” As An Investment Theme

The point is that governance in and of itself is an investable theme!

A project with a strong focus on governance and community building, can succeed no matter what their roadmap is.

After all, the cryptocurrency movement was built on decentralization, which at its core means a community with different viewpoints and opinions is able to come to agreement and move forward without anyone being in charge or dictating mandate.

This will allow their communities to grow and scale, resolve their differences without alienating a large group of their constituency as Bitcoin and Ethereum have. 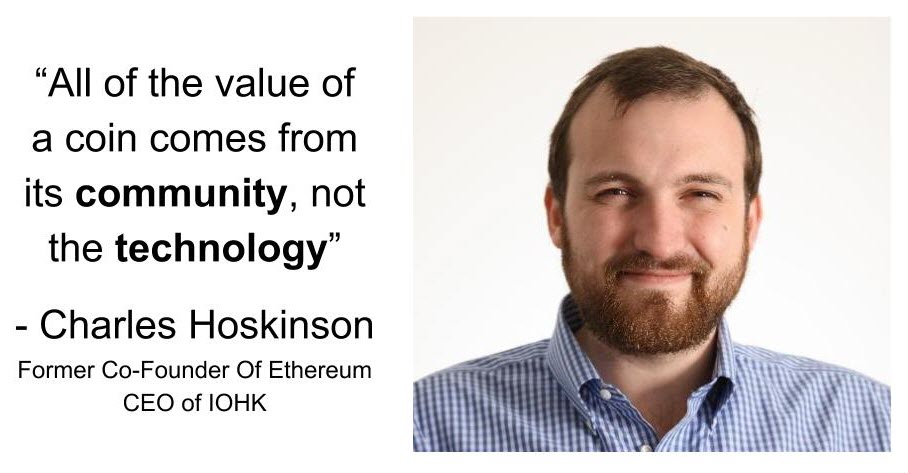 Charles Hoskinson, the former co-founder of Ethereum and current CEO of IOHK has said:

“All of the value of a coin comes from its community, not the technology.”

The “technology” is NOT where the value is created.

We can go get or develop the tech when we need it. Without the community, there is nothing else. This is why governance is so important.

As of this writing, DASH and Decred seem to be projects with an emphasis on decentralized governance.

We will be tracking these projects for 2017 and look forward to their progress.

2017-07-15 Update:  Here is a video we recently made explaining the governance issue in bitcoin:

Crypto Investing #73 – What Is Governance In Cryptocurrency?

PrevPreviousEthereum Classic For Investors #16 – Difference Between ETC Dev vs. IOHK Developers
NextCrypto Investing #64 – What Is The Cryptocurrency Flippening?Next